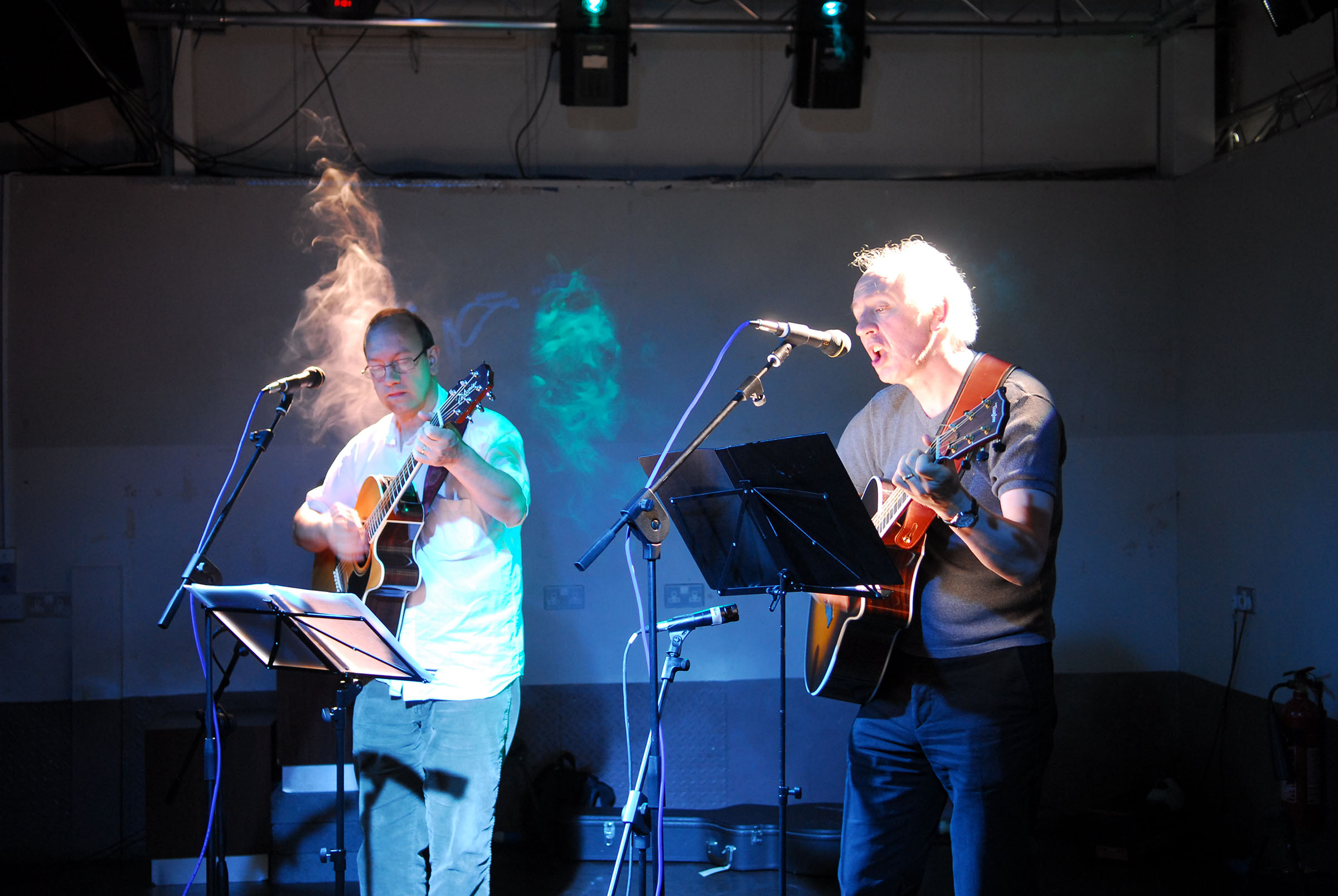 OUT NOW – In the Time it Takes, new album of 11 songs arranged and produced at Gold Tone studio in Hove by Chris Cracknell. It comes complete with a booklet containing all the lyrics and a piece by Chris on the process of writing and recording a song. Iain Archer plays guitar on several tracks, Dan Soanes piano, Matt Cain percussion and bass, Jocasta Mudge cello and with additional vocals by Gwennie Von Einsidel.

The Album has been produced in a limited edition of 50 copies and can be bought here or listened to and downloaded on Band Camp at:

John Blackwell played lead guitar with Gareth Huw Davies on bass and piano. Drumming was shared by Roy Dodds and Jim Hart. Gareth did an amazing job of arranging.

The Brighton Fringe Festival and The Hurstpierpoint Festival.

Unmissable. The pick of the week at Brighton Festival Fringe. Chris Sykes is a safe bet for a good night out.

Mellow, sprightly, thoughtful, melodic, amusing, romantic and immensely enjoyable! I was knocked out. An excellent production.’

From Walking on the Beach 2009

1. Walking on the Beach

3. Things to do before I die