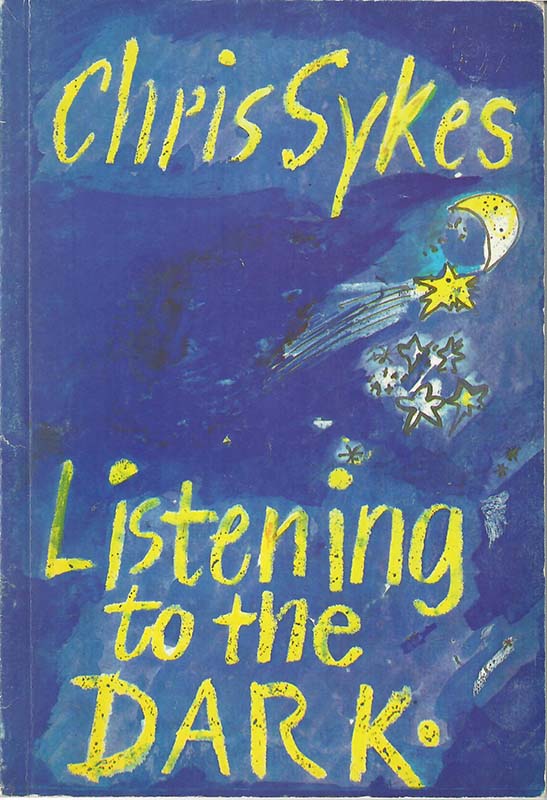 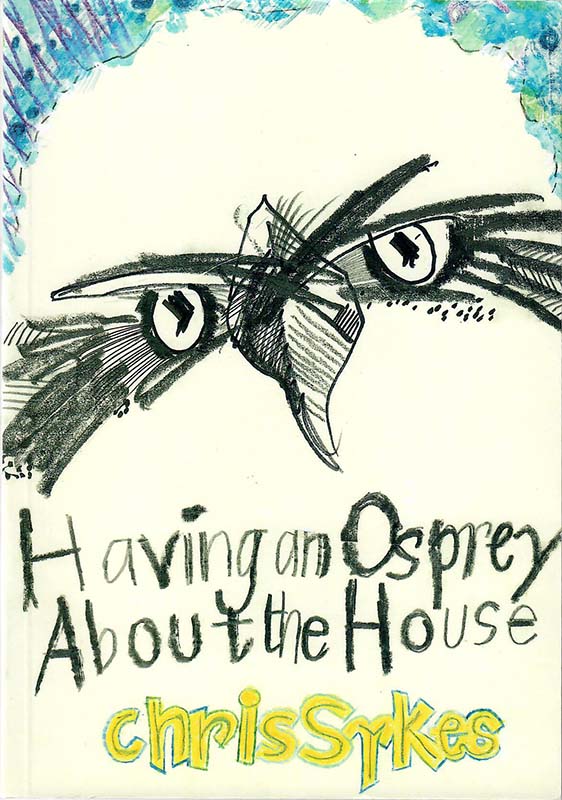 My poetry has been published in numerous magazines such as Acumen, Envoi, Fine Madness (USA), First Time, Honest Ulsterman, Other Poetry, Rialto, Rivet, Slow Dancer, Spokes, Stable, Time Haiku. Also in anthologies from Faber and Faber, The Frogmore Press, the Shoestring Press and Time Haiku. There are three collections:  A Cargo of Balloons (1986), Listening to the Dark (1994) and Having an Osprey About the House (2001)  (Magpie Press)

‘The poetry of Chris Sykes touches on the magic to be found in everyday lives, reminding us that the writer’s greatest gift is to celebrate humanity.’

‘He is blessed equally with wit and with a rare gift for writing seriously without taking himself too seriously. Chris Sykes certainly seems to be a poet to watch as the twenty-first century unfolds about us….’     Anne Stevenson

The Magpie Press is perhaps not the best known of British publishing houses, but in bringing out the poems of Chris Sykes it has done contemporary poetry an unexpected service. Sykes is that rare thing, a philosopher with an ear for verse, and in these delightful lyrics he mixes the surprising and the surreal with ordinary matters in a way that is completely original. I can’t think of another writer like him. In his poems, mountains are whale-backs “that plunge into the fathoms of the lakes/ on their hidden rudders”; an osprey hovers over a table of happy, feasting people, choosing its moment to enter an imaginary Loch and drag out a silver fish before “lifting himself/ out over the table, through the dazed glitter/ of eyes, out over the blue blossom globe.” Here are poems “with light in”, as Sykes puts it, and they come from anywhere and nowhere, as testified by a fine poem called “Nowhere More Than This”:

Many of the poems in the first section are love poems, but they rarely indulge in clichés, and even poems of longing incorporate a playful philosophical twist: “This moment lives without you and with me./ It is peculiar to feel that I am alive/ and it is not possible for me to see/you. How is it that separate we can live?” (Lines written in Hyde Park) Sykes also loves to play with language, witness, several “Luscious Couplets” and a sequence of “Preludes” that includes profundities such as “Sadness is a serious illness/ because it can be enjoyed,” and “When they come to again/ my thoughts always surprise me/ by not being where they were/ put down.” One of Sykes’s most entertaining poems is called Gender-Talk based on a rather too punctilious definition of “masculine” and “feminine” line-endings found in a Poet’s Manual and Rhyming Dictionary. The poem is set in rhyming stanzas with a refrain, “What I’m saying has nothing to do with sex”, repeated ironically until at the end the poet turns the tables:

It is the English language that I address,
that blood-soaked quilt, that complex
interlocking organism of male and femaleness.
What I’m saying has everything to do with sex.

The second half of Having an Osprey About the House republishes fifteen Childhood Poems from an earlier collection, and these forays into the poet’s early life are also entertaining without being frivolous. Memories of a not-too-awful middle-class Catholic upbringing make amusing reading, but there are no poems in this section that take one’s breath away. I hope in his next book that Chris Sykes develops further the philosophical word play and lyrical spontaneity that seem to be his trademark. He is blessed equally with wit and with a rare gift for writing seriously without taking himself too seriously. And since he knows what he is doing with verse forms, Chris Sykes certainly seems to be a poet to watch as the twenty-first century unfolds about us.

Having an Osprey About the House: Poems: review by Anne Stevenson drawings by Ralph Lillford

Christmas lights swirling
snakes in the tree. Another
unpublished poem. 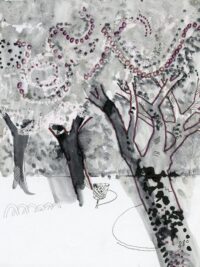 Sun’s bright yellow in
his beak, as far from me as
what will never speak. 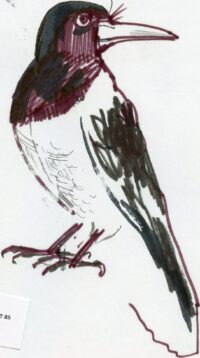 Pine tree black against
moonlit mist; to be almost
as happy as this. 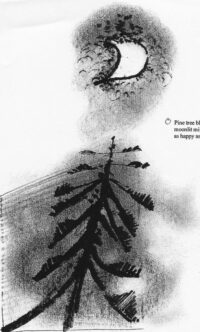 Closed lilies floating
by the water’s edge, trees bound
by the swaying dark.
But suddenly I am geese
printing distant air with flight.

Awake in the dark
I hear a furious bee
knocking against glass.
Slanting in across the roofs
the first cool rain of autumn. 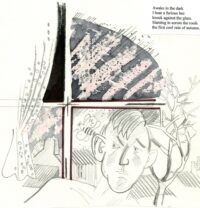 Sitting in the guard’s
van on everyone else’s
bags, poets can smile.