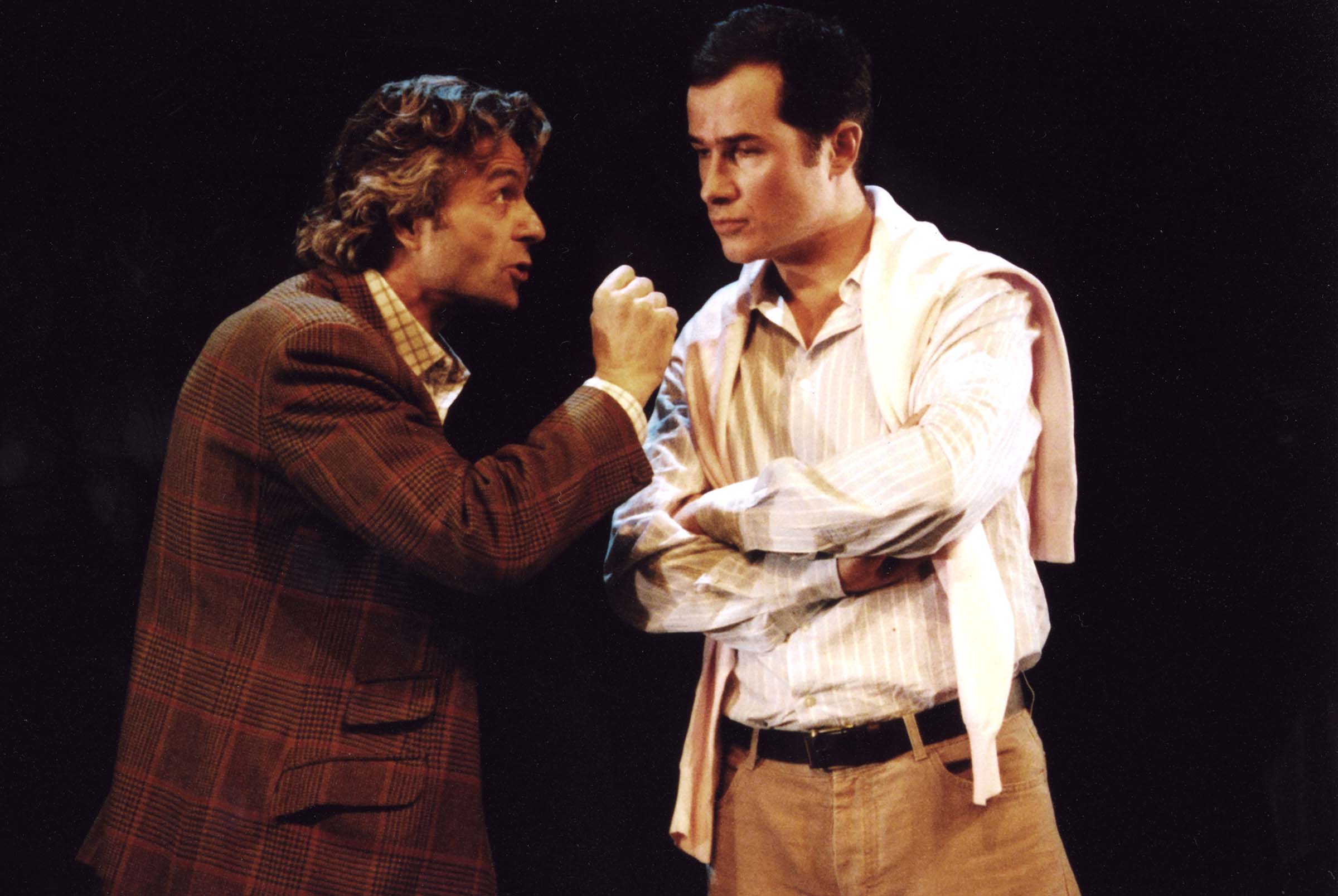 I was once sacked from a BBC TV series for writing a script that was ‘too funny.’ The producer who sacked me said I should be writing comedy. It was the best thing that could have happened to me in a way because I went off and wrote the ‘heart-warming’ comedy; ‘Marry Me, You Idiot’ which opened at the Jermyn Street Theatre, London in 2002 starring the late and lovely Lynda Bellingham. 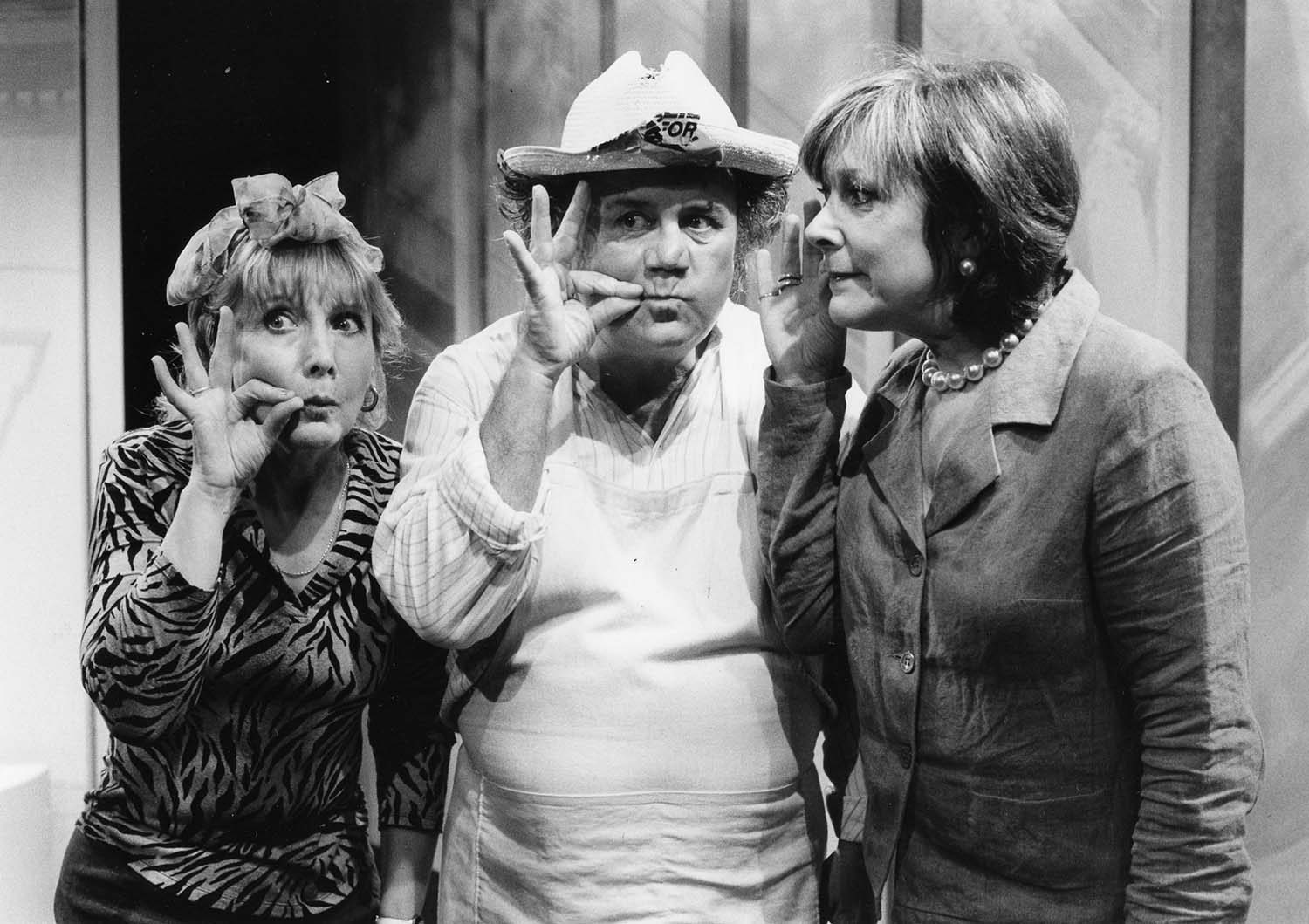 My next play was ‘Playing Away‘ which premiered to great notices at Sadler’s Wells in London in 2005 and was revived at the Frinton Summer Festival in 2011, where it was great to find myself on a playbill with Neil Simon, Alan Ayckbourn and Henry James! Elisabeth is at the centre of a love triangle. She has one lover in London, Roger Rodgers, and another life in Paris with paramour Pierre. But can she carry on having her gateau and eating it?

A comedy about men, women friendship and the love/hate relationship between the English and the French

The play is published by Josef Weinberger Plays Ltd., London
ISBN 0 85676 285 7. Copies can be purchased from bookshops or direct from the publisher 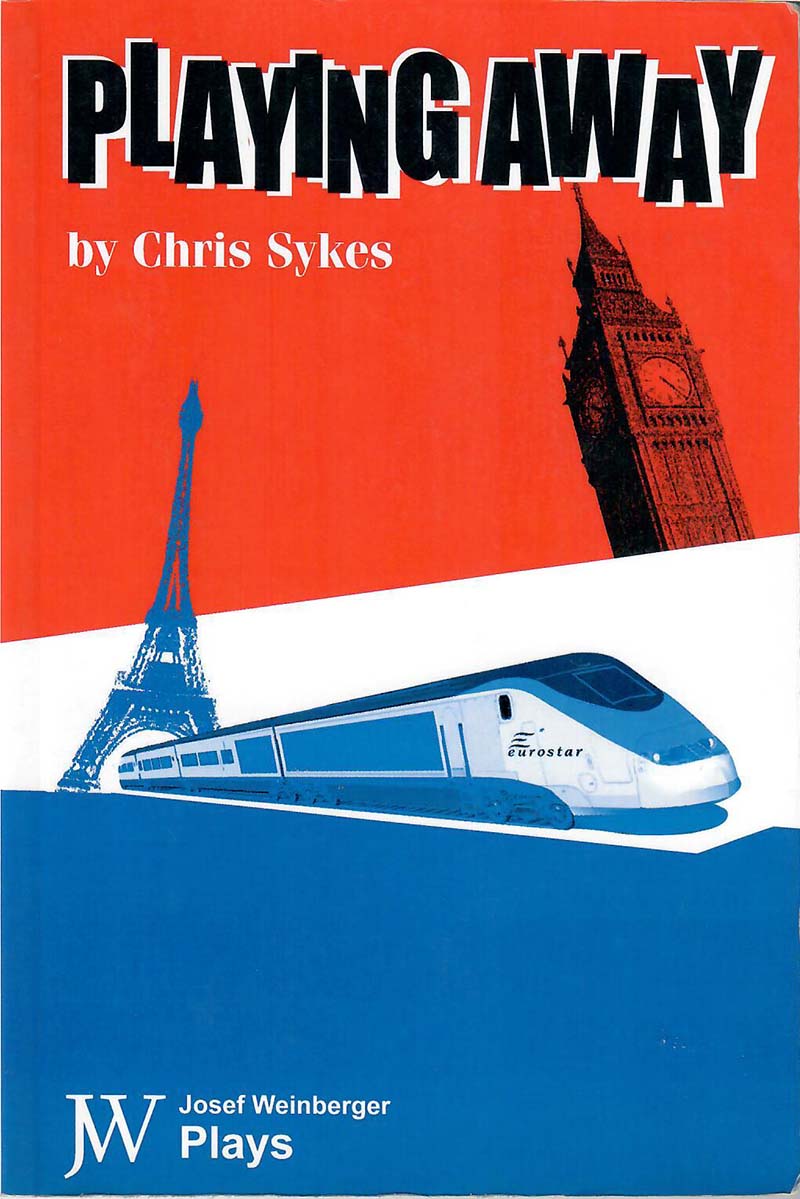 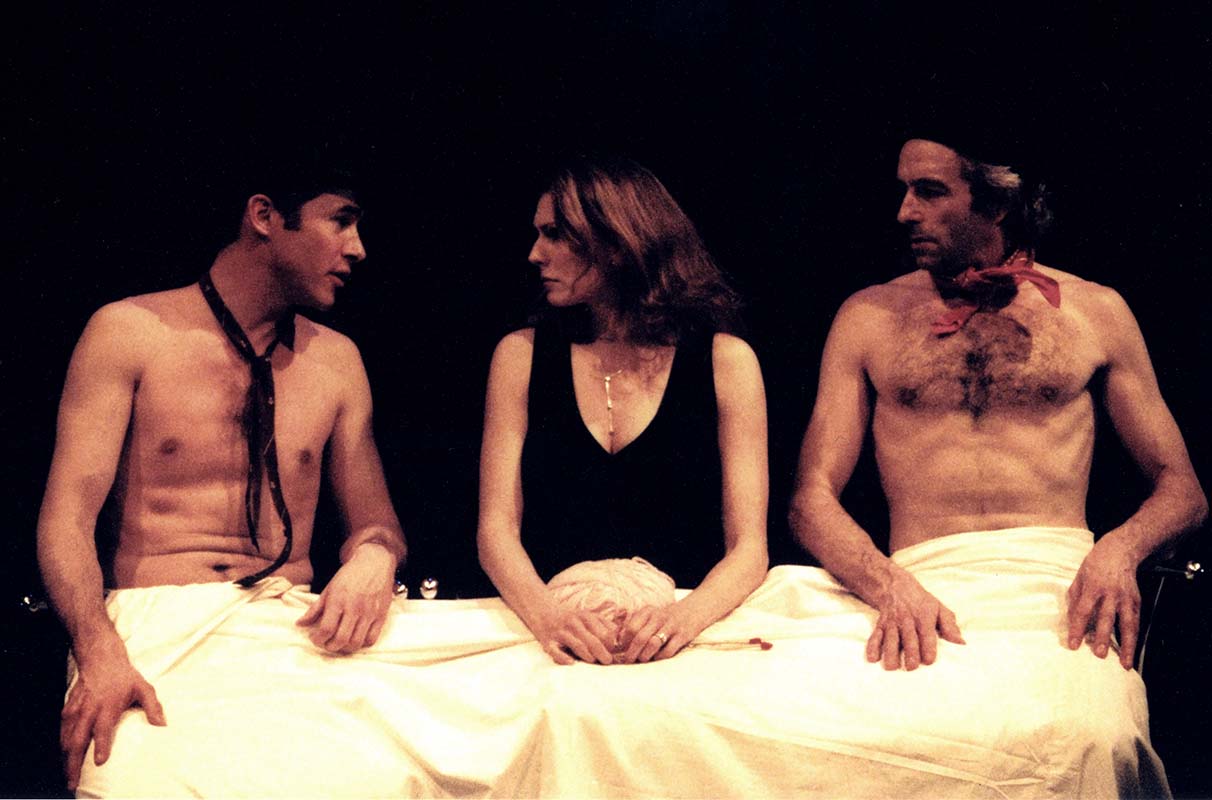 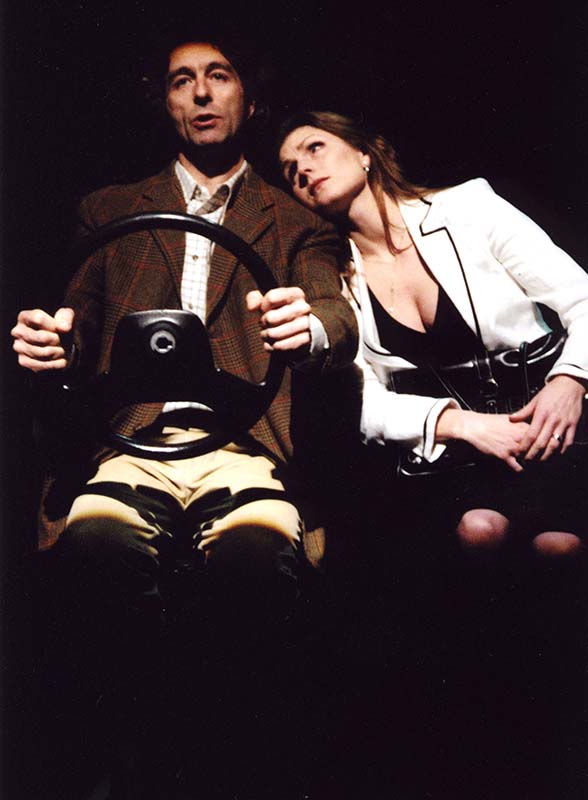 Chris Sykes’s elegant exploration of national stereotypes doesn’t take itself too seriously. Berets vs bowler hats, bouillabaisse vs spotted dick, ‘La Vie en Rose’ vs ‘Old Macdonald’ (don’t ask, it’s very funny) – no cultural cliché escapes inspection. The writing is crisp with a subtle use of rhyme and an exuberant delight in formal symmetries. The small cast certainly have fun with the playwright’s airy pattern-making – it’s also light that even the props, suspended from the ceiling, appear to float.

Well-crafted by playwright Chris Sykes, Playing Away is a highly sophisticated comedy of manners. At the end of the day this is adult entertainment and by adult I mean written for grown-ups rather than soft-pornographic.

Peter Simpson What’s On in London

A French flavour comes to Frinton for the last summer theatre show of the season as we take a glimpse into the double life of Elisabeth, in Chris Sykes’ “Playing Away”. “Les Trois Amoureux”, the name of the French bistro run by Pierre, Lisette’s Parisian lover, would be a suitable name for the play as we see Elisabeth’s twin lives intertwine ever closer, although “The Frog and Rosbif”, English lover Roger’s suggestion would be equally appropriate. The performances by the three actors are superb, portraying the stereotypes of each nation without crossing the line into the stereotypical.

The playwright’s use of rhyming couplets adds to the comic effect, and is superbly mirrored by the actor’s closing lines.

If you haven’t seen a show at the Frinton Summer Theatre, then I highly recommend you get down to this one

Review  from Amateur Stage July 2006
…a sparkling comedy about men, women, friendship, and the love/hate relationship between the English and the French.

The three characters are well defined in the script. The play has three fairly flexible settings: Libby & Roger’s home in London; Pierre’s bar “Les Trois Amoreaux” in Paris; Elizabeth’s Office – London and Paris, and, wait for it – Eurostar – a train seat that transforms into a Car with two steering wheels, one left hand drive in London, one right hand drive in Paris and the final set is a Bed, half in Paris and half in London.

Oh, indeed it could be technically quite challenging, but I suspect that it is a play that could be a lot of fun for three actors in the thirty something age group.

MARRY ME, YOU IDIOT!

A story of obsession, jealousy, paranoia, betrayal and deceit. In other words, marriage.

Adapted and directed by Chris Sykes from Molière’s The School For Wives.

A modern role reversing adaptation in which Elinor Waugh is a New York feminist bringing up a boy to be a new man. Just as Molière satirised his time, “Marry Me, You Idiot!” is a perfect satire of today. MARRY ME, YOU IDIOT! shows the sex war can be fun. It is Nuture v. Nature with a real twist.

‘Sykes’s enjoyable romp turns Molière on its head – the roles maybe reversed but the conflict remains in this perennial battle of the sexes.’

‘Heart warming . Sykes deviates from the original to offer a kinder treatment of age thwarting youthful passions in this fresh six hander that shows we’re all love’s idiots.’

The last three months of Sir Walter Ralegh’s life as he struggles against fate and his enemies. 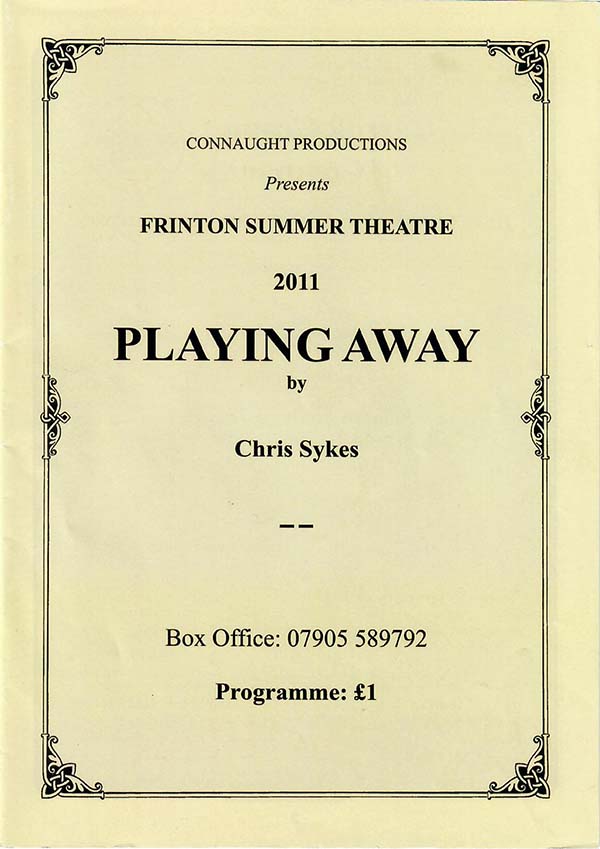 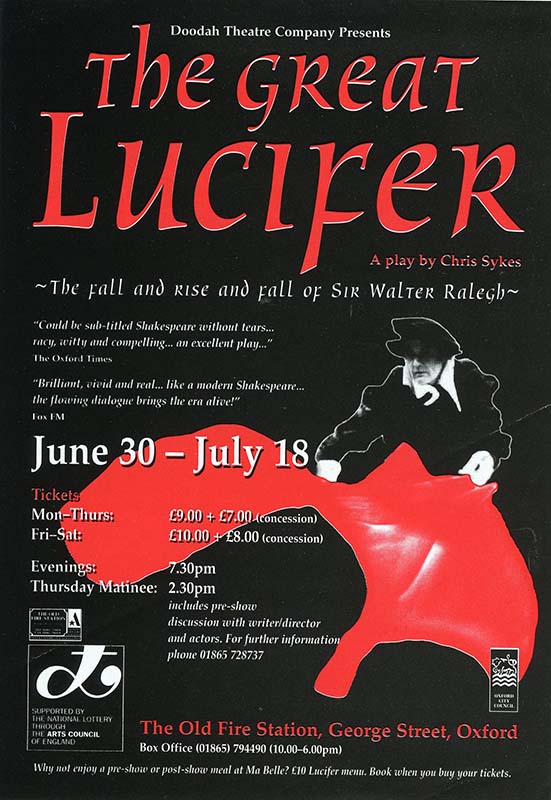 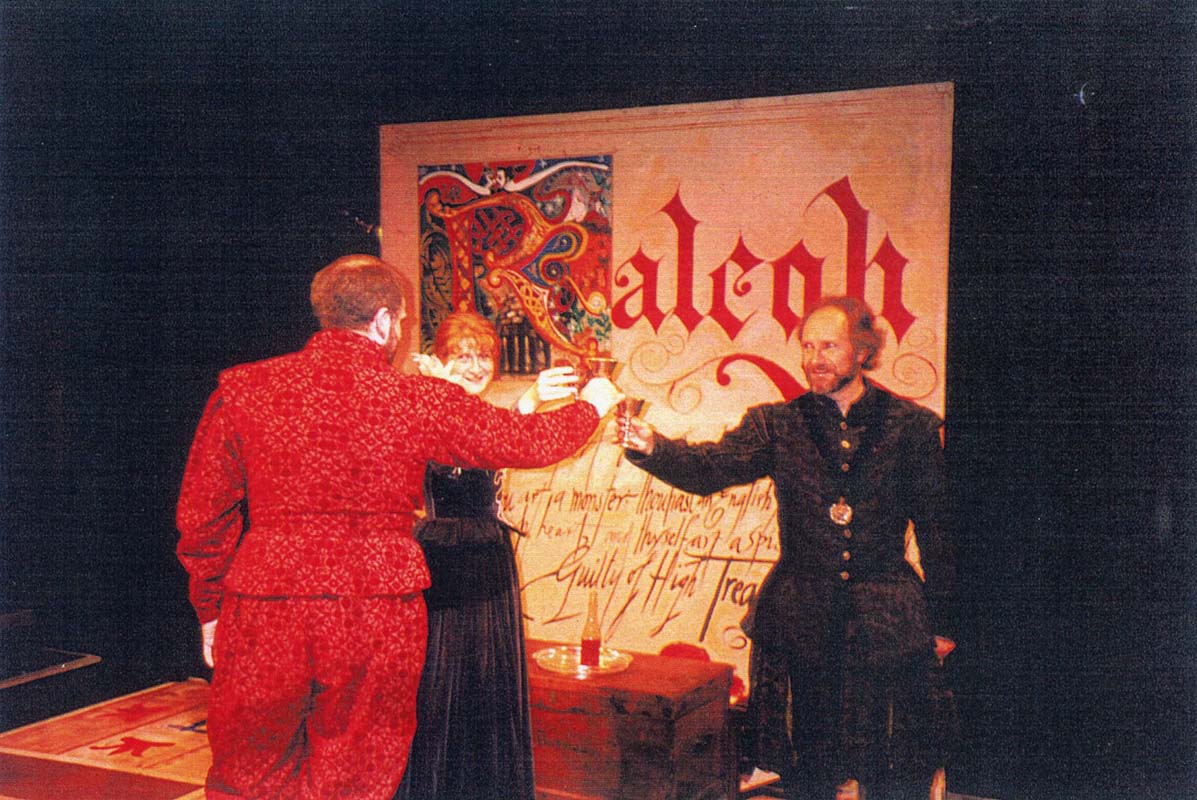